Dr. Mongue graduated from the Louisiana State University School of Veterinary Medicine in 1984 and began his career at Eastern Shore Animal Hospital and Scenic Hills Veterinary Hospital. As a young man of 30, in 1990, he decided it was time to open his own practice.

Pace Veterinary Clinic opened in January of 1990, using his 1986 Toyota pickup as collateral on a loan. He had zero staff and not enough trash cans. From 1990 until the year 2000, Pace Veterinary Clinic operated at 4545 Chumuckla Highway. In 2000, the practice moved across the street to the current location, a converted Junior Food Mart. In 2005, the practice underwent a major remodel and became the present day facility. Dr. Michelle Stephenson joined the staff in 2005 and has been a great asset to the clinic. Since then, the practice has grown into what it is now and continues to grow and improve. Many thanks to the clients and staff that have contributed to the growth of Pace Veterinary Clinic.

How to Prepare Your Dog for an Exam 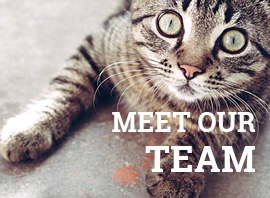 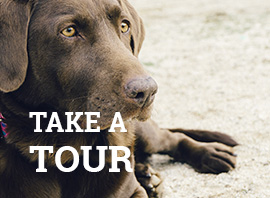